Today I want to welcome a writer I've known for a long time.  I celebrate the publication of her first book HUNTING MEDUSA which she considers a "hot paranormal."  My blog today is the fascinating journey of how HUNTING MEDUSA came into being--and why Elizabeth can fall in love with a villain!

From Elizabeth--
I have discovered in recent years that I'm a sucker for a good villain.  Not exactly romance novel material, I know.  But are there really women who watched THOR and THE AVENGERS and didn't look at Loki and root for him, just a little?  In my case, it was a lot.  I love the actor, the writing for the actor allowed him to make me like his character.  If another writer had created those stories, the character might not have ben so deliciously naughty.  He might have been a real villain of the sort viewers really want to have meet a horrible, painful end, like Voldemort, or Archie in ROB ROY.  The first time I watched Rob Roy, I actually wanted to kill Archie myself by the end and cheered out loud when Rob did the deed.  But sometimes a villain has room for redemption.  Look at Hades in WRATH OF THE TITANS.  After all the trouble he caused, he came through for Zeus when it was necessary to save the world.  Completely redeemed himself.

Looking at that last paragraph, I can see my love for mythology also comes through, as much as my love for a good villain.  There are plenty of villains in those stories, and some of them make my imagination run wild, thinking of ways their stories might be different.  Like Medusa.  I wouldn't call her a villain, though she is often portrayed as one.  Depending on the version of her story you read, she either bragged too much about her beaut or was raped by a god.  Either way, she winds up a monster, cursed by Athena.  Another variable in her stories are offspring.  Sometimes they're monstrous, but not always.  Somewhere in my brain that triggered a "what if" moment, evidently.  What if all of her offspring weren't monsters?  What if she had other children, human children?  What if they were cursed, too?  And, for me at least, Perseus isn't exactly a hero in the strictest sense of the word either.  Some of the things he does on his way to find and kill the Medusa aren't very nice, nor are some  of the things he does on his way back to stop a lecherous king from having his way with Perseus's mother.  This is a man who operates not in a black and white, good or bad world, but in a very grey area.  Is he good?  Is he bad?  He is both, just like most of us, and I doubt Medusa would call him a hero.

In a writer's mind, anything can happen.  Not that every writer can pull off the things that sprout in the darkest corners of their imaginations and it took quite a while before Medusa's story started to really come together in my mind.  Tucked into the front pocket of a binder with my original draft of Hunting Medusa, I have my scribbled notes from when the idea came to me and the are pretty vague:  Medusa, still cursed, PMS?  I don't even know where it came from.  Something I saw on television, I think, and I scrawled my notes and set them aside.  Until the idea cam back again.

At first glance Medusa is probably not an ideal candidate for image rehabilitation.  Either she's a vain girl whose punishment is well-deserved, or she's s victim being punished instead of her attacker, which would probably make anyone bitter.  But that "what if"....  It's the think that keeps a writer going to find out "what if".  I adore "what if".  I have ever since I was a child, reading every story I could get my hands on, then when I was older, writing them myself.

In this case, the "what if" lead me to a Medusa whose cursed descendants are still hunted by the descendants of Perseus, to the current Medusa who has been found by one of theses Harvesters.  But what if he doesn't know everything he needs to know before he finds her?  What if he finds something out after he locates his prey that stops him from carrying out his duty?  What if the Goddess is still angry?  What if they--oh no!-fell in love?  I certainly fell in love as I was writing this story.  I hope there are readers who love rooting for the villain as much as I do, and I especially hope readers will fall in love with my hero and heroine as much as I have. 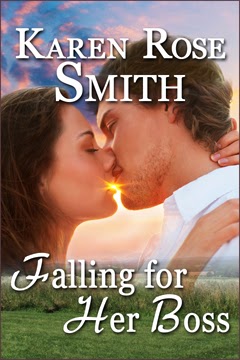