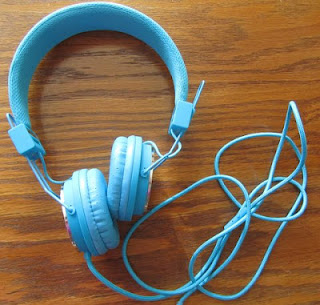 In developing your audiobooks, should you agree to royalty share or pay for production?

I went into the venture of audiobooks thinking that making the decision about royalties or paying for production was a no-brainer.  Why would I want to put out money when I don't have to?

However, let's look at my goal.  I had fifteen books I wanted to develop into audiobooks.  Seven of them were part of a continuing series.  The main characters were different in each book.  So it didn't seem a viable option for me to have the same narrator do all seven.  I wanted to get the books up quickly, yet using an effective voice for each.  I also realized that the "perfect" voice is different for each and every listener.  I've avidly listened to audiobooks over the past fifteen years because of eye problems.  I know the voices I enjoy and those I don't.  I also realized that the audiobook market will get glutted just as the ebook market has, so I wanted to be efficient and timely in getting the books ready for retail.

About that "perfect" voice...

I knew whatever narrator I chose, I would have to live with him or her for seven years, the life of my distribution agreement with ACX.  And even if the voice is "perfect", presentation is rated on Audible along with the story, so the narrator will be receiving reviews, too. The rating is averaged.

On my first audiobook, TOYS AND BABY WISHES, a narrator who was looking for royalty share agreements came to me.  However,  I had romances to develop into audiobooks and I wasn't sure I wanted a male narrator.  After all, weren't most romances read by women?  Yet when I listened to his audition, I loved Johnny's voice and his performance of my characters.  His narrating, as well as his technical skills, were excellent and I had no doubt I wanted him to produce my book.  We worked well together and the process was easy.  He uploaded chapters, I listened and gave him editing changes.  He edited and I listened to those changes.  At the end, I listened to the book again.  This process took about six weeks.  He was taking a chance on me as well as I was taking a chance on him.  What if the book didn't sell?  When that first book went live, I wanted it to do well for him as well as for me.

My second narrator came to me, too.  However, there was a difference.   This book had a stipend.  (ACX puts stipends per production hour on some books.  I'm not sure how they choose.)  Because the narrator would receive the stipend in addition to the royalty share, I received several unsoliticed auditions.  I listened to the first voice who was again male.  Not only male, but Australian male.  He absolutely nailed my hero in his audition.  It had just the right tone and the right emotion.  And I liked the way he made his voice "lighter" for my heroine.  But he was Australian.  How would listeners take to the light accent?  I asked Ben to do a second audition with different characters.  I also listened to more men and women audition.  Every time I heard Ben's voice, I fell into it.  I liked the sound of it.  I had my BFF listen to the audition and she said any woman would want to listen to his voice!  He was good.  She just confirmed what I'd realized from the first time I heard him.  He was my hero and that's what mattered.

My third project to be developed was also royalty share.  This was my first female narrator. She uploaded the chapters when she was finished and I listened to the whole book at once for editing.

I kept listening to other female narrators and not connecting with them.  Taking a look at the next book I wanted to upload to ACX, I auditioned male narrators when I found the book was very much the hero's story.  This book was also royalty share.

For the next few books I knew I needed female narrators.  One, which was a new release, would need a more mature woman's voice different from my younger heroines.  I believe at this time more authors were finding ACX.  I went through hundreds of audition samples on the site by narrators who were accepting royalty share terms, unable to match voices to books.  Or if I did find someone, I would message them.  Many were busy.  Two told me they would only look at royalty share projects with stipends.  So I decided to explore samples from pay-for-production narrators.  I ended up with four at various fees--$100, $125, $140 and $225 per production hour.  You'd think with paid production there would be no technical problems.  That wasn't true.  After we started the project in two cases, hearing the recording machine go on and off and echoing sounds was something I had to note.  These were eventually corrected thanks to the professionalism of the narrators.

I want anyone deciding to develop audiobooks to understand excellent narrators with excellent technical skills can be found in both royalty share as well as paid production.  And vice versa.

Shared royalties drew my attention first because my investment in the projects was time rather than money.  But then I rather liked the idea on the pay-for-production projects that I wouldn't have to share royalties with my narrator, just ACX.  I look at this whole audio adventure as an investment in my future earnings.  And, as with any investment, I believe diversification is the way to go.  I've diversified with my narrators.  If a listener doesn't like one, hopefully they'll be drawn to another.  I've diversified utilizing both payment options because seven years is a long time.

I still have books which need narrators.  But now I'm easier with the whole process.  Five are live and six are developing in stages.  I do need time to write for other deadlines!  So I'm biding my time for the next books to be put into audio.  I'm waiting for two narrators who were booked when I wanted to collaborate with them.  One is male and is a pay-for-production rate, the other is female and will participate in royalty share.  They both will be worth the wait.

So...  After reading everything on the ACX.com website, after deciding whether or not you have time to give to this venture--listening to sample of auditions, uploading books with a marketing plan, listening to the finished product in stages--should you enter into a royalty share plan or a pay for production agreement?  Analyze your goals, your finances, the voices you hear on samples, then jump into the audio waters with whatever you're more comfortable with and can afford.  Then sit back and wait for your book to really come alive.
﻿ 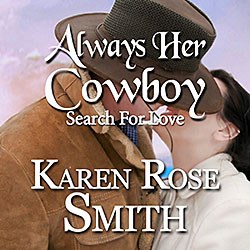 Hear a sample of ALWAYS HER COWBOY or buy at:

ALWAYS HER COWBOY on Audible

ALWAYS HER COWBOY on iTunes

ALWAYS HER COWBOY on Amazon